Blake Shelton is coming to The Key Bank Center on March 25th, 2023 with special guests Carley Pearce and Jackson Dean…. 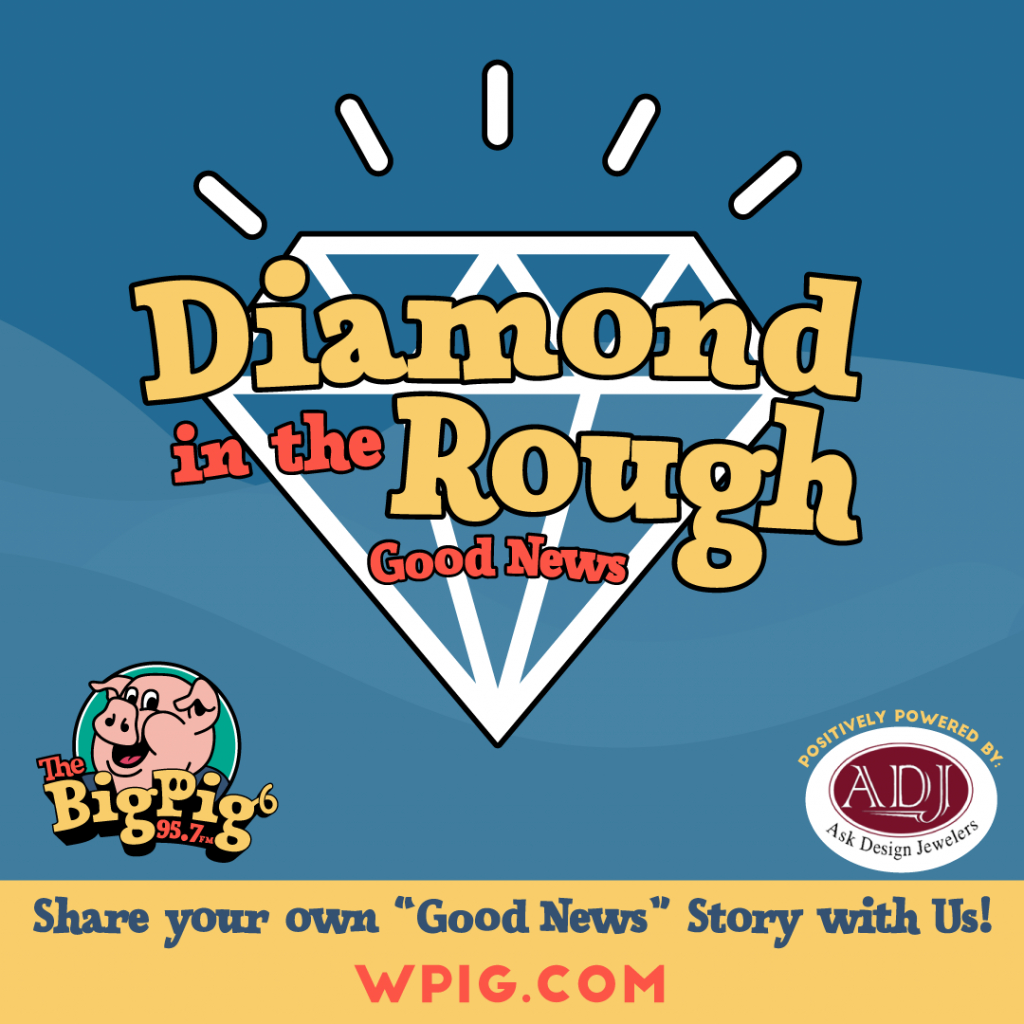 Diamond in the Rough

There’s plenty of bad news out there and that’s why we’re looking for a “Diamond in the Rough” each morning. Positive…

24% of people say they get annoyed by this sound. What is it? Answer: dripping faucet! ... See MoreSee Less

People chewing with their mouth open!🤬

Someone honking the car horn at you as light turns...like it just turned..give me a second

Definitely chewing with their mouths open

Only 24% so I'd say something that doesn't happen much.... music in a store or hold music

People chewing... But I feel like that would be a higher amount 🤣

loud chewing and nails on a chalk board

Chewing with one's mouth open or slurping their soup off the spoon !

A group of woman cackling at eachother in a bar! (Admit it guys!!)

Kids squeaking their shoes on the floor!

I knew you’d have your own day!

He did it! Our own Mark Thompson has been a radio broadcaster for 50 years! His career began in September of 1972 as a Sunday newsman for the "Rock of Wilkes-Barre" WILK and a part-time announcer at classical music WYZZ in Wilkes-Barre, Pa. while attending Penn State. Knowing news wasn't his gig he then became a full-time DJ at WILK at a starting salary of $90 a week. It's ok, gas was only 25 cents a gallon. He eventually went on to program stations in Jamestown, New York, Springfield and Columbia, Missouri, back to Jamestown and now at The Big Pig, WPIG in Olean, New York since August of 1998. These days, you'll find him having fun and playing the best "Sizzlin' Country" during the Morning Pigpen weekdays at 95.7 and www.wpig.com
From all of us here at The Big Pig, The GOAT, Big Oly and POP Radio we're super proud of you and everything you've accomplished and excited to share this amazing milestone with you.. Keep cracking that mic friend. ... See MoreSee Less

Congratulations, Mark!! You have done a great job!!

Congratulations Mark, what a great honor!! I have enjoyed listening to you on the air!!

Congrats buddy! Been turning in a pretty good share of those years!

Congrats Mark! And what a great 50 years

Congrats big guy! It was a wonderful experience working with you and I salute u on your milestone!

Congratulations Mark! Quite an accomplishment ...

Congratulations! Love hearing you on the 🐷

Congratulations, listen to you every morning on my way to work

Congratulations Mark , Enjoy listening to you

congrats Mark! listen to you every morning

"The Morning Pigpen" is special today. Join us as we celebrate Mark Thompson's 50th year in broadcasting! We'll have some special guests, some great memories, and more. The staff at 7 Mountains Media stuffed his studio with celebratory balloons before leaving for the day yesterday...here's our guest of honor moments after he arrived for work this morning! ... See MoreSee Less

Congratulations Mark from everyone at The Paper Factory!

Congratulations on an amazing career, Mark🎉🎈🎊

Congratulations ❤️❤️❤️ Thank you for all the years keeping it country! You ROCK!

Congratulations!!! 🎉…. absolutely love the morning guys… Thank you for all you do!  

Congratulations and best wishes Mark! Quite the accomplishment 🎈

Congratulations on a wonderful 50 years!!

Congratulations Mark 🎈🎉🎊 You & The Morning Pigpen Are The Best🤩😍🥰

Congratulations Mark and many more years to come

Congratulations Mark on a GREAT 50 yrs!!

The City of Olean Youth Bureau and Recreation Department’s annual Fall and Winter After School Program has started, at the former St. John’s School on North Union Street.  The program is for kids in grades 3-8, and will be held from 3:00-5:30pm Monday-Friday.  This program is free of charge.  If you would like more information, call (716)376-5698.  Updates will be available on their Facebook page.

The After School Program will also hold special evening sessions on Mondays and Wednesdays, 6-8pm, from September 12th to October 12th.  Open Basketball will take place on the Mondays, with other games on Wednesdays.  Go to the department’s Facebook page for more information.

The Ice Skating Rink at the William O. Smith Recreation Center is now open for the season.  The hours are from noon-2pm on Mondays, Tuesdays, Wednesdays and Fridays, and additional sessions from 3:30-5pm on Tuesdays and Thursdays, and 5-6:30pm Fridays.  Weekend open skates are from 1-2:30 and 5:30-7:00 both Saturdays and Sundays  The fees are $5 for adults, $3 for Seniors Citizens and Children, and $12 for a family of four or more.  Skate rentals are $3…check their Facebook or Twitter for more information, or call (716)373-RINK.